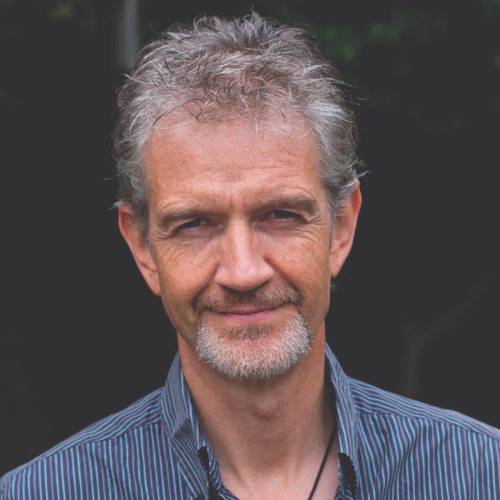 When he was around zero years old, John Avon realized that the only thing he was ever 'really' good at was Art.  As a school kid he began painting many surrealistic images, including a house being filled with toothpaste and a submarine being  attacked by a shrimp... a pattern was emerging!

Having mastered classical oil painting as a teenager, John furthered his education on graphic design degree in Britain’s most bohemian city, Brighton. 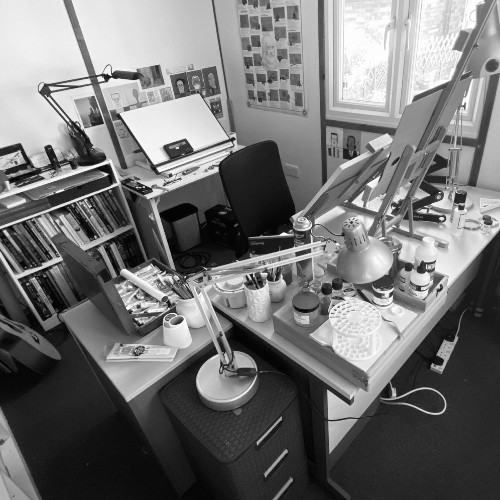 On graduating John embarked upon his career by painting book covers for some of the world’s most famous authors including Stephen King, Arthur C Clarke, Peter James, Harry Harrison and Terry Pratchett. After about 5 years he moved over to acrylics and airbrushing, so his art would arrive at the publishers actually dry! By chance in 1996 John met one of the art directors for Magic: the Gathering and that was the start of a long and beautiful relationship.  John’s first painting for Magic was Purple Mountain.

John Avon Art is a partnership between John Avon and his friend Guy Coulson.  Guy is a lifetime science fiction fan and has a passion for fantasy artwork.